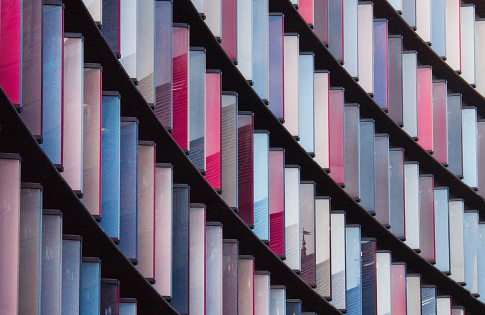 ATAD I [1], which the Directive amends, used to deal only with hybrid mismatches arising between EU Member States.

Hybrid mismatches are differences in the tax treatment of an entity or an instrument under the laws of two or more jurisdictions. If a mismatch happens, it is neutralised by disallowing a deduction or including the amount in assessable income depending on the situation. The rule on hybrid mismatches aims to prevent companies from exploiting national mismatches to avoid income tax liability or getting double taxation treaty benefits.

By way of an example, company A may perceive the payment made by company B as a dividend payment and thus not taxable, while B perceives it as interest payment and thus deductible. This would constitute a hybrid transfer.

Mismatches are evaluated by comparing tax treatments of the entity/transaction in different jurisdictions.

The Directive states that Member States should use OECD’s Report on Base Erosion and Profit Shifting ['BEPS'] on Action 2 as a source of interpretation. In fact, if one looks at the Report, some of the definitions and interpretations are taken word for word.

Furthermore, if another Directive already neutralizes the mismatch in tax outcomes then this Directive does not apply.

Notice the pattern of what the OECD’s Report refers to as ‘defensive actions’. Often times if one jurisdiction does not neutralize the mismatch, then the other jurisdiction can fictitiously add the mismatched sum to the taxpayer’s income statement/computation or, alternatively, deny the deduction.

Payments that give rise to two deductions in respect of the same payment in two jurisdictions.

What does the new Directive provide for?

The Directive expands and now provides rules for:

Type of arrangement involving transfer of a financial instrument where the underlying return is treated from the tax perspective as deriving at the same time by more than one of the parties to the arrangement.

Happens when financial instruments are treated differently in terms of taxation in different jurisdictions.

The Directive allows an option for Member States to exempt certain financial institutions instruments until 31 December 2022.

For taxation purposes the taxpayer is considered to be resident in two jurisdictions and it deducts the same sum from both jurisdictions nullifying tax liability.

Corporate entities are characterized differently in terms of taxation by different jurisdictions. One jurisdiction sees it as transparent while the other does not. This results in non-taxation of the income.

An indirect form of mismatch where the effect of the mismatch is 'imported' into the jurisdiction of a Member State using legitimate regular transactions.

Applicability of the Directive

There are three cumulative elements:

1. Existence of a corporate tax liability

Recital 8 makes a reference to: ‘…all taxpayers subject to corporate tax in a Member State…’. Hence, the Directive applies to, among others:

In cases of third countries, the treatment within the EU depends on how the arrangement, entity or transaction is treated in the third country and whether the mismatch rules are applied.

2. Existence of a structured mismatch arrangement

The hybrid mismatch rules are usually not intended to pick-up mismatches that arise due to differences in the value of the underlining payments. Thus, for instance, foreign currency fluctuations that cause the company to incur losses or profits will not usually be deemed to give rise to hybrid mismatch situations. Interesting to note how will this notion interact with the cryptocurrencies and the associated transactions. OECD does mention however that ‘money’ should be construed widely and include anything that can be converted into money.

Any party to a structured arrangement is subject to hybrid mismatch rules. At the same time, however, a taxpayer will not be considered to be a party to such if there was a reasonable ground to believe that it could be unaware of the hybrid mismatch.

This is in particular relevant to hybrid entities. If a minimum of aggregated 50% of the interest [2] of an entity is held by an ‘associated entity/s’ then there is an effective control and the rules of the Directive apply.

The Primary Rule is that the deduction of payments must be denied in the State of the payer in order to neutralize mismatches.

Secondary Rule applies on a condition that the deduction is not already dealt with by the Primary Rule. It allows for the payment to be added to the taxable income of the state of the receiver of such payment. The OECD Report refers to it as a ‘defensive rule/action’, since it is contingent on the non-participation/passivity of the other jurisdiction.

What is done in case of Double Deduction?

Recital 26 of the Directive notes that a Member State should deny the duplicate deduction arising in respect of a dual resident company to the extent that this payment is set off against an amount that is not treated as income under the laws of the other jurisdiction.[4]

What is done in case of Deduction Without Inclusion?

Deduction Without Inclusion means deductions of a payment in a jurisdiction in which it is considered as being made, without reporting/including that payment for tax purposes.

Note that ATAD II understands that there are different accounting and tax reporting periods so those timing differences on their own will not be considered as mismatches in tax outcomes. However, the taxpayer has an obligation to make sure that the payment is recognized ‘within reasonable time’ in the other jurisdiction. The Presidency Compromise notes that ‘within reasonable time’ may be interpreted as a period of 12 months since the end of the payer’s tax period.

What is done in case of Non-taxation without inclusion?

If there is an income that the third country permanent establishment does not pay tax on due to hybrid mismatch and the same income is not included in the base income of the head office the Member State [where the head office is located] will require that income to be added to the tax base.

Note that this does not apply in situations where Member States have to deduct due to a double taxation treaty made with a third country.[5]

What is done in case of Imported Mismatches?

There will be a denial of the deduction in the Member State of the taxpayer, and this will be so even if the payment in question is not directly related to the hybrid mismatch arrangement.

This rule has a broad range of applications to the type of payments such as royalties, rents, interests, etc.

What is done in case of Tax Residency Mismatches?

This concerns dual resident mismatches when a taxpayer is considered as a resident in multiple jurisdictions and deducts the same sum from its tax base in several jurisdictions thereby nullifying its tax liability.

In this situation, according to the Primary Rule, if one of the jurisdictions is in EU, it shall deny the deduction, however, the extent of the denial will depend on how much the other jurisdiction allows the deduction to be set off against the income which is not taxable in both jurisdiction [referred to as ‘dual-inclusion income’].

What is done in case of Reverse Hybrid Mismatch?

If an entity is held by an associated enterprise in a jurisdiction which considers the entity taxable, the Member State must ignore the entity’s tax transparency and treat it as a resident entity and thus tax it accordingly.

N.B: The reverse hybrid rule will start to apply from 1st January 2022.

ATAD II amends the scope of ATAD I

Article 9a [Reverse Hybrid Mismatches] applies to entities which are treated as transparent by the Member State.

1. Payment under a financial instrument giving rise to deduction without inclusion, provided the payment is not included within reasonable time and the mismatch is caused by different characterization of the instrument/payment.

2. Payment to hybrid entity giving rise to deduction without inclusion.

3. Payment to entity with 1+ permanent establishments giving rise to deduction without inclusion.

4. Payment to a disregarded permanent establishment giving rise to deduction without inclusion.

5. Payment by a hybrid entity giving rise to deduction without inclusion.

6.1 Deemed payment between head office and permanent establishment; or

The split is made into:

If there is double deduction, then:

If there is deduction without inclusion, then:

Where a Member State would usually treat an entity as transparent, it shall be regarded as a resident of that state and taxed accordingly where non-resident entities holding 50% or more of the voting rights, capital interests or rights to a share of profits are located in jurisdictions regarding that entity as a taxable person where is an exception for collective investment vehicles (being investment funds or vehicles that are widely held, hold a diversified portfolio of securities and are subject to investor protection regulation in their country of establishment).

Member States may exclude hybrid mismatches Number 2, 3, 4 and 6 from the defensive secondary rule [amount giving rise to mismatch being attributed in the income of the payee jurisdiction] for hybrid mismatches in cases of deductions without inclusions. It seems that this exemption can be indefinite.

On the other hand, hybrid mismatches from payment of interests under a financial instrument are exempted from both Primary and Secondary rules in cases of deduction without inclusion until 31st December 2022. Article 1.4.b provides the details in relation to when this exemption for financial instruments interests payments can be exempted.

Important dates to note regarding the ATAD II

[2] Through participation in terms of voting rights, capital ownership or right to receive profits.

[3] In cases of hybrid mismatches 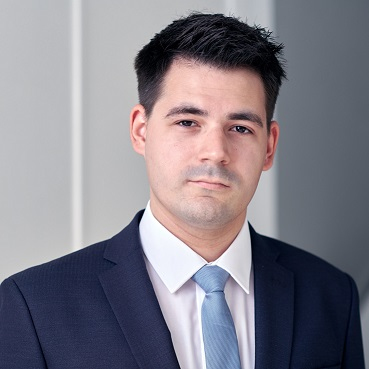